Last Christmas (1984) by the pop duo Wham! has become a bonafide holiday classic tune which spins heavily on your FM dial every December and brings in some nice royalties for songwriter George Michael, not to be confused with the character George Michael from Arrested Development played by Michael Cera. The song has been covered by numerous artists including Jimmy Eat World and Taylor Swift, and was just reissued in a limited run 12 inch vinyl LP for 2014 Record Store Day Black Friday. I think George was listening to the country stations a lot in 1982, because this song sounds a lot like Nobody by Sylvia which was written by Kye Fleming and Dennis Morgan. Compare the two melodies and decide for yourself. Last Christmas I sent you a lawsuit, and the very next day, you settled. 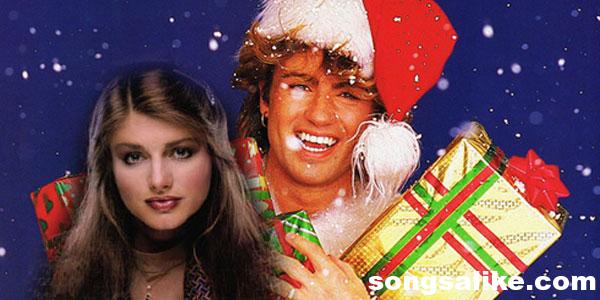