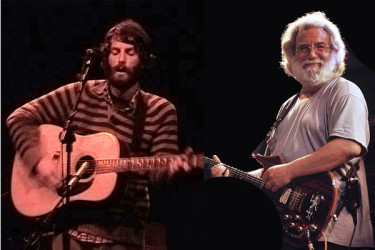 Ray LaMontagne is back with a catchy earworm called Supernova, which is the title track from his new album produced by Dan Auerbach from the Black Keys.  The verse involves cramming in a plethora of words over a relaxed but up-tempo acoustic guitar reminiscent of Night Moves by Bob Seeger. The chorus, however, is very close to Touch of Grey by the Grateful Dead. The keyboard riff is the dead giveaway, but even the melody is very similar. It’s a great pop song, and I prefer it to the upbeat soul influenced single You are the Best Thing from his previous album, but I can’t hear it without conjuring up the Grateful Dead’s brief foray into Top 40 land. Ray said that he let the songs flow naturally for the album rather than his usual meticulous songwriting process. Maybe he had the oldies station on in the background?