Men at Work Lose Lawsuit for ‘Down Under’ Riff to Kookaburra 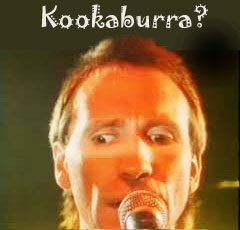 Crikey! In June 2009, Larrikin Music sued Men At Work for copyright infringement, alleging that part of the flute riff of “Down Under” was copied from a children’s rhyme “Kookaburra”, written by Marion Sinclair for a Girl Guides competition in 1935. The counsel for the band’s record label and publishing company claimed that, based on the agreement under which the song was written, the copyright was actually held by the Girl Guides Association. Justice Jacobson ruled that the copyright had been infringed because “Down Under” used “a substantial part” of Kookaburra, and handed down a decision that Larrikin receive 5% of royalties from 2002. That’s a lot of Vegemite sandwiches!

« Red Hot Chili Peppers: By The Way vs Lady Gaga: Paparazzi
Lady Gaga Born This Way vs Madonna Express Yourself »