Stay With Me by Sam Smith sounds a lot like I Won’t Back Down by Tom Petty. The tone of both songs is very different. Sam Smith is doing is soulful, melancholic ballad from his 2014 album In The Lonely Hour, while Tom Petty brings us his angst ridden rock classic from his wonderful 1989 album Full Moon Fever which was co written by Jeff Lynne. The similarity of the songs is found in the chorus, which is a very straightforward three note punch, and I’m sure we’ve heard the same thing in other songs. Can you think of any? Please let me know in the comments below. Can you picture Sam Smith as a Traveling Wilbury? Me neither. Update Jan 25th, 2015: Smith and Petty settled out of court and the song’s credit on ASCAP has been amended to now include Petty and Lynne, along with Smith, William Phillips, and James Napier as the main songwriters. Petty and Lynne should expect a sack of coins from the deal and each will get 12.5% of the song’s royalties. 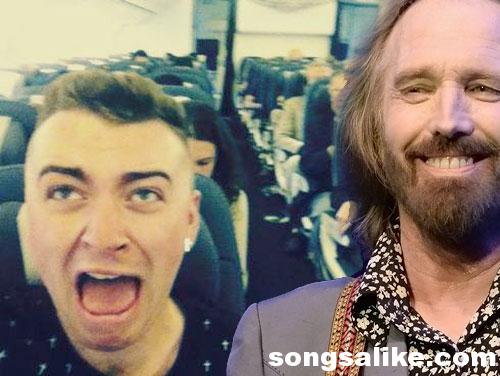